That is what I like about taking photos — to capture a moment or series of moments so I can remember the faces and the places I have been at a point in time. 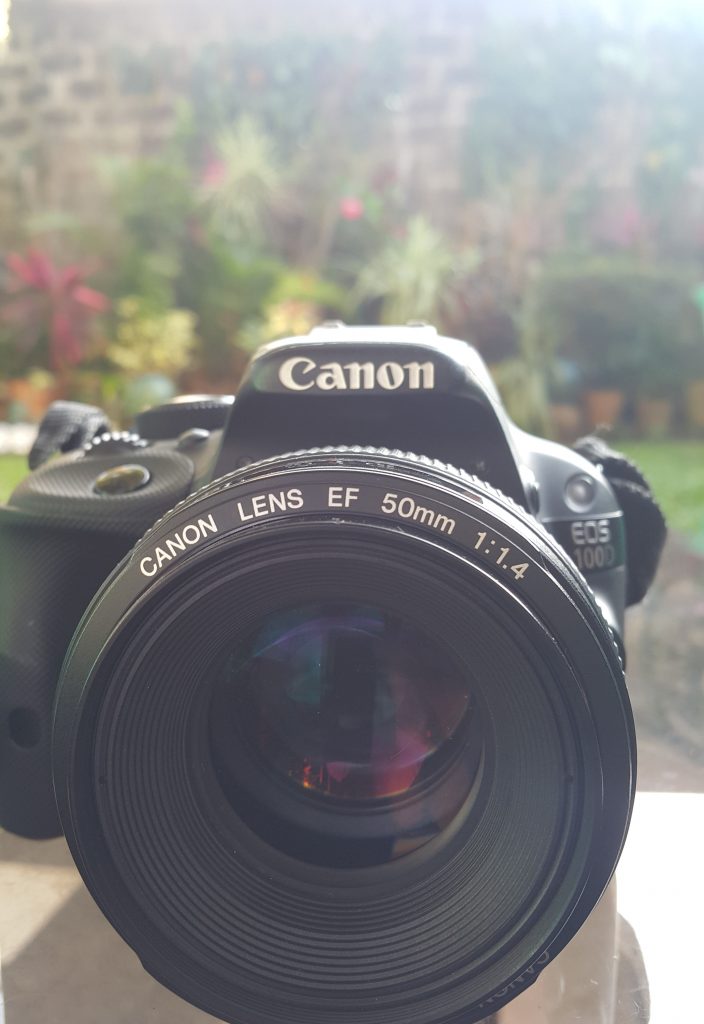 I started with a borrowed Kodak instamatic film camera when I was in grade school. I even tried developing my own film roll using an empty but minuscule storage cabinet as a dark room. Of course, naive that I am, that exercise was a failure. In high school I eventually moved on to a borrowed SLR — an Canon AE-1 Program — which I fell in love with. When I started working I used another borrowed SLR — a Pentax (I forget the model) — which I used to experiment with black & white film.

I eventually bought my own SLR film camera — a Canon EOS88. It was nothing fancy. I wanted to start recording memories of a newborn as he grows up.  Years later I eventually got myself a DSLR for a birthday — an EOS 100D — the camera pictured here.  The kit lens was replaced by a prime and I was quite satisfied with the results.

Without me being conscious of it, just taking photos transformed into a hobby.

The film camera is still working fine but it’s due for bit of cleaning. Instead of the kit lens it is now fitted with one of Canon’s low end prime lenses — a 50mm f1.8, It is very good glass inside a plastic body and mount. I still use it every now and then whenever I forget to be lazy or when there is an itch to use film.

Between the two cameras, I have recorded more than 25,000 slices of moments and I would probably take twice more given enough time and opportunity.

leave me alone for a bit? i’ll be okay.

This trip was borne from whim and a craving to lea

at the foot of Pungas Falls, Sagada. waiting ...

People in Dangwa They are the one the flowers are

Friends Do you remember your childhood friend who

left behind. This is what I’ve been feeling sin

Life. These images were taken during our trip to a

Sampaloc, biggest of the seven lakes.